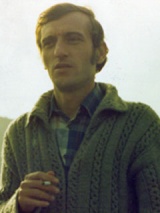 Born in 1943 in Pale, Bosnia-Herzegovina. He studied civil engineering in Sarajevo. He was a co-founder of the film magazine SINAEST. He started making awarded amateur films in 1961 and became a professional filmmaker in 1966. He worked as assistant director on some 15 motion pictures, most notably on CLAY PIGEON, FRAME FOR THE PICTURE OF MY BELOVED, MY PART OF THE WORLD, WALTER DEFENDS SARAJEVO and DOCTOR MLADEN. He started directing short films in 1974. In 1987, he directed his first motion picture, THE MAGPIE STRATEGY, based on a screenplay by Emir Kusturica and Mladen Materić. During the 1992-95 war in Bosnia-Herzegovina he directed numerous documentaries for the Sarajevo-based SAGA production house. He died in 1995.