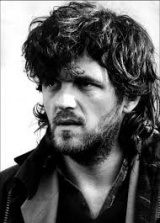 Born in 1954 in Sarajevo, Bosnia-Herzegovina. He completed his directing degree at the Film and TV School of the Academy of Performing Arts in Prague, FAMU. His student movie GUERNICA (1978) received an award for the best short film at the Karlovy Vary International Film Festival. He directed three TV movies, THE BRIDES ARE COMING (1978), BUFFET TITANIC which won the Best Director Award at the Television Film Festival in Portorož, and EVERYONE MUST DIE (1984). His debut motion picture DO YOU REMEMBER DOLLY BELL? won the Golden Lion award for Best Debut Film and the International Film Critics Award at the Venice Film Festival.  His next movie, WHEN FATHER WAS AWAY ON BUSINESS, won the Golden Palm and the FIPRESCI award at the Cannes Film Festival and received the Golden Globe and the Academy Award nominations in the best foreign film category. In 1988 he released TIME OF GYPSES, and in 1993 he completed ARIZONA DREAM in the United States. With his 1995 film UNDERGROUND, Kusturica won his second Golden Palm at the Cannes as well as numerous other awards.