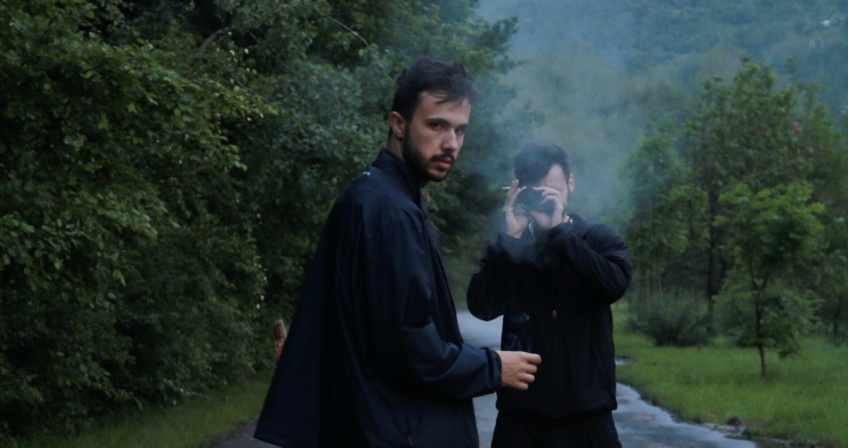 Zulfikar Filandra: I hope I’m the oldest filmmaker in the generation that will do things differently in our cinema

1. Of all the mythical creatures, why did you choose the Minotaur?

Because life is a labyrinth, and we are heroes and monsters. Minotaur is hybrid creature, coexistence, melding of man and animal, coexistence of opposite and incompatible things. That alchemic or even editing connection might hide wisdom or perversion in itself. Anyway, it is unconventional entity and unconventional film.

2. We could say your film is a kind of auto-reflection. What do you think about it and would you agree with the statement that every art film is at least partly auto-reflection?

It is evident as this is a diary type of film. I leaned on that tradition and referred at my experiences on Instagram in previous few years. One of the things I’m interested in in this film is what happens when you give your dairy to other people. Does intimacy have social, political value? Regarding the art films, I think art is an organism in which autoreflection is incorporated in work, it provokes/inspire autoreflection in audience and that goes like that in circles.

3. Minotaur is your first feature film, and it is more or less dome in your own production, through Indigogo campaign. How complicated it is for a young author to do the first feature film in Bosnia and Herzegovina?

I’ve been cooperating with Experimental Film Society team from Dublin for ten years now. They are, with Rouzbeh Rashidi at the helm, produced and helped this film. It is unbelievably complicated for young authors in Bosnia to make their first feature film. Minotaur is a result of my decision to stop making short films before I turn thirty. Alternative forms and alternative ways of financing are very important, in my opinion. I hope I’m the oldest representative of a generation that will do things differently in our cinematography.

4. In some places this film is defined as documentary, in some as experimental, it could be called a film essay, too… What do you think about that kind of classification and is it really possible to put an art film in one drawer or it’s a bit more complicated?

This film is primarily experimental, and I would like it to be classified as a first Bosnian feature experimental film. I worked with my own archive of home videos and short films from the period between 2005 and 2019 and the question was if it is possible to make one understandable whole from that kind of material. By the nature of material, the film is documentary, but from the point of view of editing and the way in which we treated relationship between sound and picture, shortness of the shots and attack on all the senses, this film belongs to the tradition of experimental film and represents my research of that tradition using the new technologies and new ways of making the images.

5. What’s next for Zulfikar Filandra?

I’m getting acquainted with charms of being thirty, I became student at the Media Kunst at HFG Karlsruhe, for the first time ever, I got money from Film Fund and I’m preparing book of my photographs.