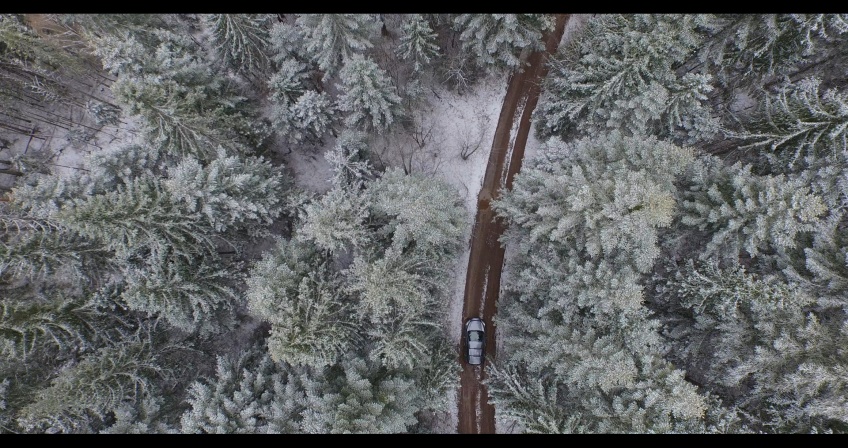 FRANCESC RELEA: During the filming and whilst I talked to different people I realised that the past is not so far away from our present

Today at 22:00 in BH Film Program, audience will have opportunity to see OUT OF DARKNESS. CITIES AFTER WAR, a story about 4 cities that survived severe destruction and found new hope for the future.

Before the screening read a short conversation with Francesc Relea.

Kigali, Sarajevo, Beirut and Medellín… What do these cities mean to you, personally? Why are they important?

Sarajevo is, without a doubt, the city I spent the most time 20 years ago and it left a deep imprint on my heart. My first visit was in 1991, one year before the war in Bosnia and Herzegovina broke out. Weapons had already begun to roar in neighbouring Croatia, between Serbs and Croats. I recall one night in the last peaceful summer in Sarajevo, during which the cafés were full of youngsters. When I asked them about the war they told me that it was far away and that It would not reach Sarajevo. Here the different ethnic groups and communities coexisted without problems, Muslims, Serbs, Croats. That was the most repeated message. Next day I left Sarajevo by road. One hour after the departure I saw soldiers from the former JNA digging trenches near the road. What for?, I asked myself.

The answer came in April ‘92. I spent long periods of the war in Sarajevo, covering the siege of the city for the Spanish newspaper El País. After the Dayton Agreement, I thought that I would come back to the city one day to write or to film. In the end it was for documentary.

What was the starting point for the story and did you know from the start that you were going to do the film about all of these cities or some things got included while you were working on the film?

The original idea was to film about the transformation of four cities in different continents and cultures through the eyes of four different writers.

It was clear to me from the start that neither political leaders nor the so-called experts would be on screen. The project was moving forward and I decided to choose four cities with one point in common: all of them had been ravaged by violence. I wanted to show the transformation of those cities through small stories with unknown characters for the great public. They should be examples of resilience, meaning the ability to rise from the ashes and fight against adversity.

As usually happens in most documentaries, during the shooting there were changes of focus, sometimes determined by the change of characters, and in other cases by the discovery of aspects unforeseen in the original script.

How did you pick your characters?

First I decided the thread of the stories for each case, a subject with a deep link to the city.

For example, in Sarajevo my main subject would be cinema, an art with a long tradition in Bosnia and Herzegovina.

And yes, I decided that all my characters in Sarajevo would be women, from three different generations and all of them involved with cinema. I was looking for three different life experiences and different points of view on post-war Sarajevo.

This choice is a modest tribute to the Bosnian women, towards whom I feel a special admiration for their silent resistance to the brutal aggression they suffered in Sarajevo and Bosnia and Herzegovina.

Do you think these cities managed to overcome the destruction and pain they are known for? What does that look like from the outside and what did you realize while shooting?

Each city represents a different case. The four cities have managed to erase much of the traces of material destruction. The urban landscape offers a different face, with new buildings, modern infrastructures, transport networks and so on.

However, wounds in human tissue have not healed so fast. Hate and resentment are still undeniably present.

I would say the city that has travelled the longest way so far to overcoming these wounds is Medellín.

It appears the recuperation of the four cities is quite visible and it seems that all have moved on.

During the filming and whilst I talked to different people I realised that the past is not so far away from our present and that words like memory, forgetting, forgiveness and revenge can have the same meaning in most cases.

Who were your partners in the different cities and what did the cooperation look like?

In all cities, the teams were mixed with Spanish and local staff. This combination was very important in order to reach the best possible options casting the characters and working easily around the city.

In Sarajevo, we were very lucky to work with the professional staff of Pravo Ljudski who contributed greatly in the production success of the film.

Watching the film, I had a feeling that all the stories were so complicated and so well developed that they could function separately, maybe even as a documentary serial. Television stations were involved in producing it so it doesn’t seem so far-fetched to talk about it – did you think about making it a serial?

Thank you so much for your kind words. I appreciate your compliment. In fact I originally had in mind a series of different cities produced for television and I ended up producing a long documentary for cinema.

The first TV station that sponsored the film (TV3 from Catalonia) does not coproduce documentary series. This fact somehow conditioned the project.

What is next in store for the film?

Next month OUT OF DARKNESS is going to be broadcasted for the first time on TV in Spain, by TV3-Catalonia.

It has recently been released by Señal Colombia, the Colombian public network.

In October it will have a premiere in cinemas in Madrid and then it will be aired by TVE, the Spanish public network.

In addition, the documentary is going to be screened in festivals in Medellín, Mexico DF, Lisboa, and Kigali.

What is next in store for Francesc?

I have just come back from Mexico, where I travelled over 4000 kilometres through some of the states most hit and affected by violence from drug trafficking. It was a journey in the search of stories for possibly another documentary.

Prior to this, I underwent another journey to Colombia, in order to get a live experience of the peace process behind the disarmament of the oldest guerrilla forces of Latin America. Colombia is currently undergoing a transcendental moment, which I would like to reflect in the film. However, obtaining the necessary funding requires much effort and time. In the meantime, I am writing articles, faithful to my background as a journalist. However all in all, Mexico and Colombia are the focal points for my next project.