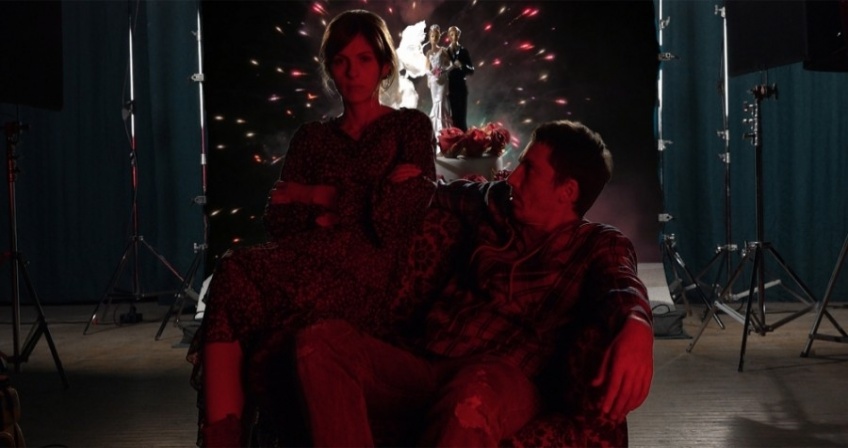 A BALLAD, produced by Sarajevo based production company Film House, premiered at this year’s Sarajevo Film Festival Competition Program. The film brings the story of Merjem-Meri, an unambitious, thirty-year-old homemaker and mother to eight-year-old girl Mila, who moves back to her parents' home after ten years of marriage. Soon after, Meri realises she is stuck in a circle of provincial rules and expectations and a complex relationship with her ambitious mother and spoiled younger brother. Her hope to gain custody of her daughter wanes from day to day because she has no chance of finding a permanent job. The only thing that makes her happy – but that makes everyone else look down on her – is auditioning for a film role in her neighbourhood.
Cast of the film includes Marija Pikić, Jasna Žalica, Milan Tocinovski, Lana Stanišić, Slaven Vidak, Enes Kozličić, Davor Golubović and Amar Čustović. The film has been written by Aida Begić, director of the photography is Erol Zubčević, the editor is Redžinald Šimek, Costume Designer Sanja Džeba and Production Designer Emina Kujundžić. The film is produced by Adis Đapo, Aida Begić and Erol Zubčević.

Association of Filmmakers of Bosnia and Herzegovina has been candidating films for Academy Awards in the Best International Feature Film category for the 21 years. In 2021 Association nominated NO MAN’S LAND by Danis Tanović which was awarded with the Academy Award in 2002 and Bosnian and Herzegovinian candidate for 2020 was QUO VADIS, AIDA? by Jasmila Žbanića, nominated by the Academy for this Award in 2021.