19 GIRLS AND A SAILOR 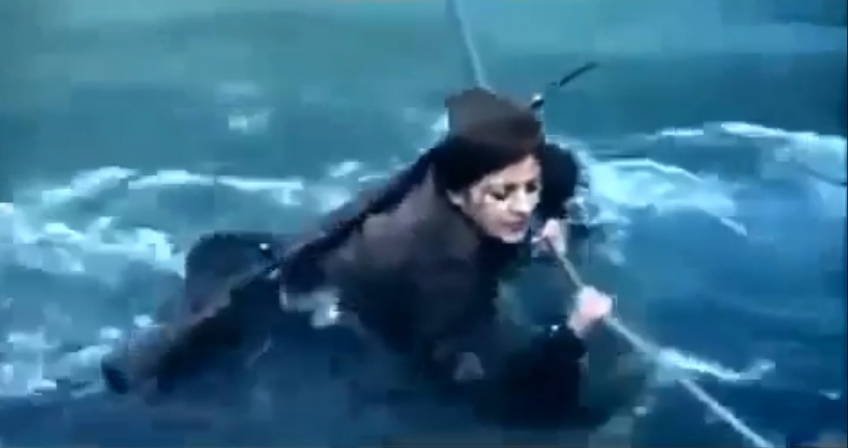 In 1943, 19 partisan nurses, and a group of wounded soldiers under their care, find themselves encircled by German forces. They have a difficult task of breaking through enemy lines and reaching free territory. Only Irena, the nursing unit commander, knows that a celebrated partisan commander is among the patients in their care. But the German soldiers soon find out about her secret and plot getting hold of the commander in order to exchange him for their general who had been captured by the partisans. But who among the encircled partisans shared the secret with the enemy, who is a German spy? Is it one of the girls or maybe one of the wounded soldiers? Or it is maybe a secretive young man who goes by the nickname the Sailor? The most poetic of the girls, Mija, falls in love with that secretive young man. Qualms, fighting with Germans, killings and suffering do not diminish the poetic quality of this unusual story. The girls fight, die in battles, clash with one another, but they stay true to their feminine side - they remain beautiful and gentle. They swim naked in a dark blue mountain lake, but German search dogs find them. A hard and endless battle ensues.