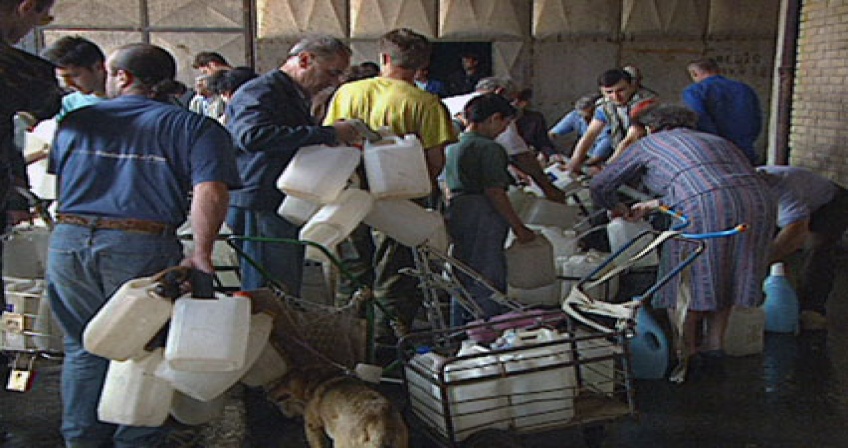 The hero of this episode of the "Stories of Sarajevo" cycle is Haris Sarvan, the man who works in a film production and whose everyday life now implies going to fetch water accompanied by his dog. He is married and has a little baby-daughter. Despite the shelling and the general alert sirens sounding he has got to bring water for his family. The harsh conditions imposed by war are also evident in the fact that Haris is forced to burn his records in order to warm the water for his two months old daughter so that she could  take a bath. For months, there has been neither water, electricity nor gas in Sarajevo. There has been nothing but shooting and shelling.