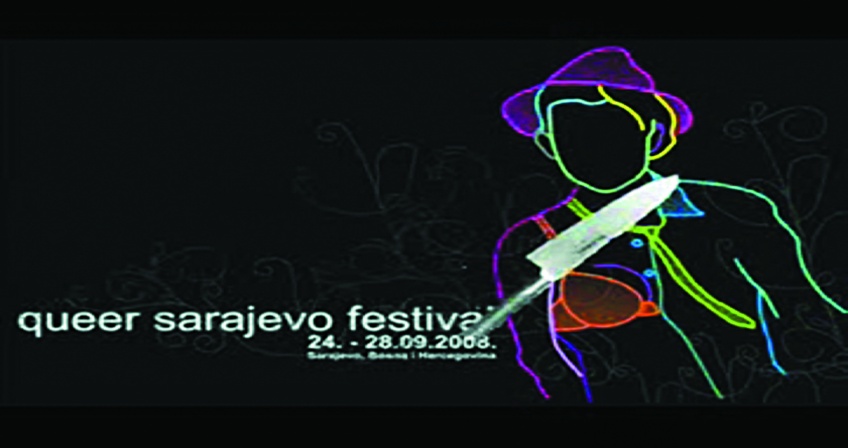 The first Sarajevo Queer Festival (QSF) was scheduled to take place from September 24 to 28, 2008, in the capital of Bosnia and Herzegovina, coinciding with the Muslim holy month of Ramadan. The "city of tolerance and multi-culture" framed the QSF as a "faggot's provocation" and its organizers as "imported scum activists". The government, subtly and verbally, hooligans and wahhabis, brutally and physically, stood on the same side - against the festival. The police was somewhere in between. QSF was opened leaving a dozen of people injured. Although it did not continue, it remains open, questioning the very nature of democracy in B&H.