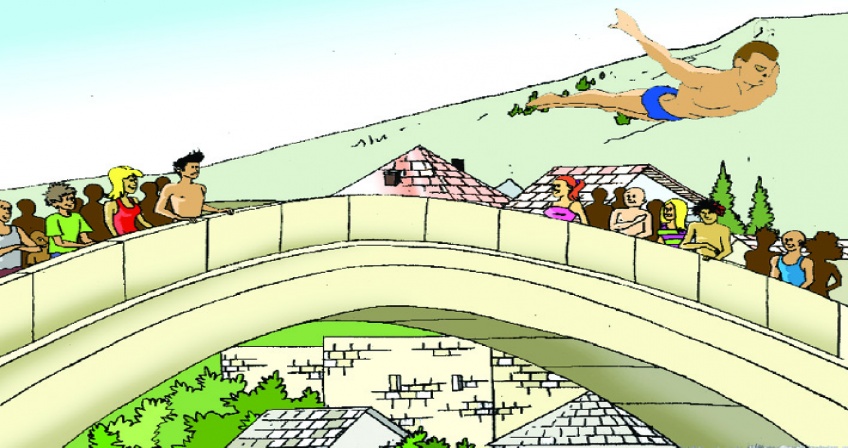 The films shows the creation of the Old Bridge in Mostar and the first jump that had begun world known tradition of the jumps from Old Bridge. It is based on the legend about the first jump ever.Twelve children from entire Federation of BH, who attended the animation film camp of Studio Neum 2004, animated and completed this short film during their camp “Mostar 2004”, financed by Ministry of Education and Culture FBH.