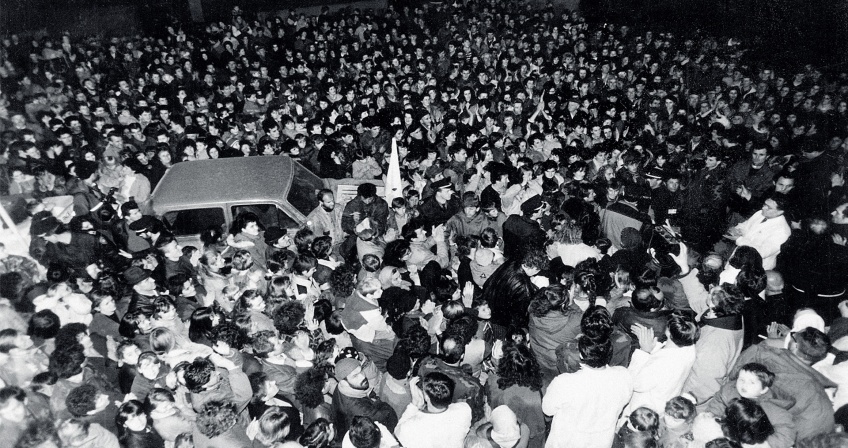 At the end of 1993, during armed conflict between BH Army and the HVO, around 80,000 inhabitants of Central Bosnia were completely surrounded. People were dying of hunger and disease... After 12 days going through the front lines convoy of 90 trucks arrived to Nova Bila. Between 10 and 15 thousand people participated in organization of this action, making it the largest humanitarian action after World War II. On the way back from Nova Bila fire was opened on empty trucks. Driver Ante Vlajić was killed and three participants of the convoy were wounded. After the action White Road humanitarian corridors were made to assist all civilians in Bosnia and Herzegovina, regardless of nationality and faith!