DO YOU INTEND TO LIE TO ME? 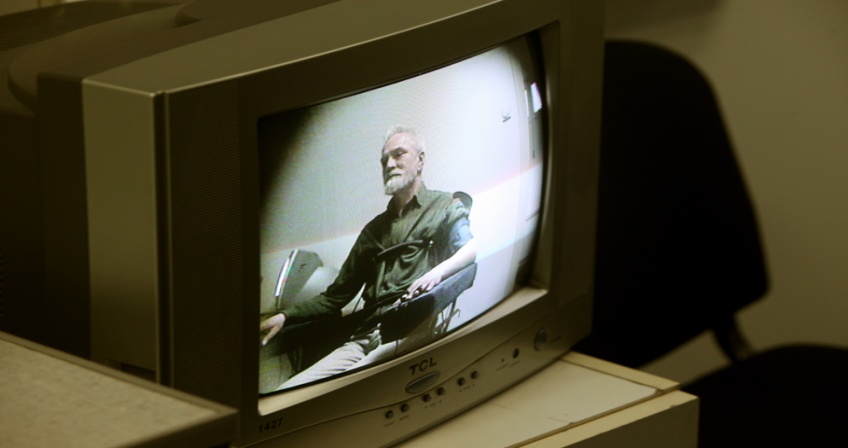 Film begins with panoramic view of Zavolje, village near Ključ (BiH), where Vaso Sovilj, the man arrested during the creation of this film, was born. Panoramic scenes are interrupted with a violent scene in which special police forces arrest Sovilj in a coffee bar. He has no idea as to what is happening; especially about someone making a film about him. After being transported to central police station, inspector interrogates him about his life and art, and his statement is being monitored on a polygraph.