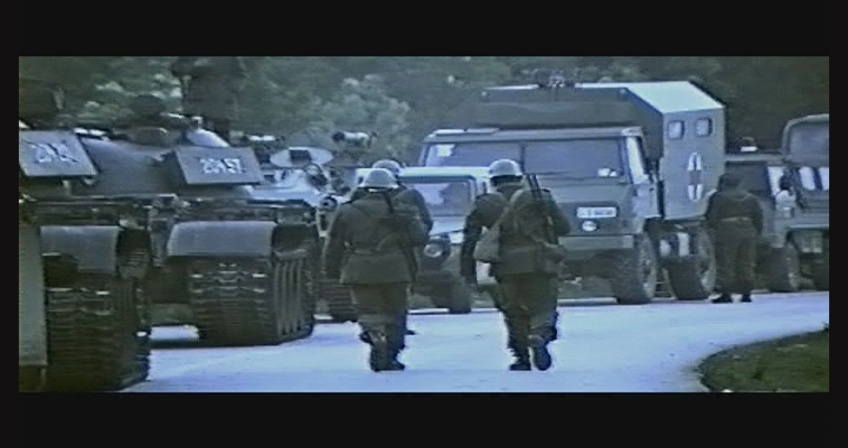 Hour and a half after midnight, on 6 May 1991, the commander of the 4th Corpus of JNA general-major Milovan Zorc received a secret dispatch from the supreme command in Belgrade (Serbia), where he was ordered to move a part of the 10th Armoured mechanized brigade from Mostar and join it to the rest of the tank units in Sinj (Croatia). A long tank column, equipped with battle shells and the soldiers draftees, who got the rifles and guns with live ammunition for the first time while being in the military service, set off in the early morning on 7 May 1991 from Mostar towards Sinj. Some15 kilometres away from Mostar, the tank column came across the kilometres long barricade formed of civilians, heavy trucks and passenger cars... For the first time, generals, colonels of former JNA and political officials of former Yugoslavia have brought out their testimonies and feelings.