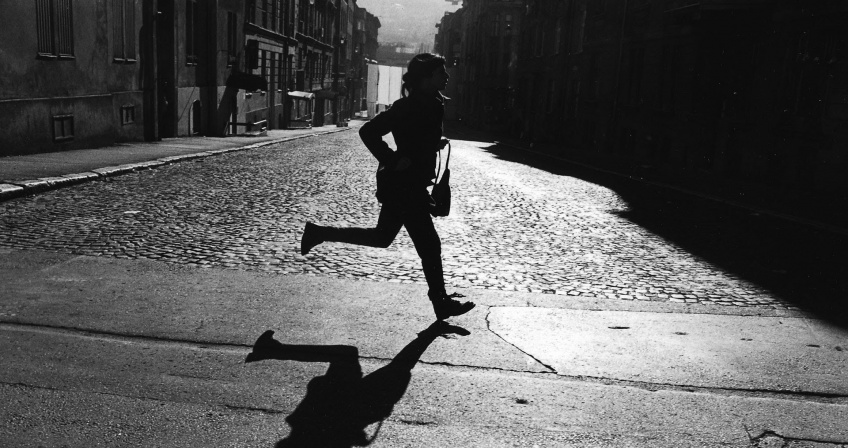 The siege of Sarajevo lasted for one thousand three hundred and ninety five days from 1992 to 1995. During the siege, thousands of citizens had to run through the Sniper Alley. Film follows a woman walking this very route. The city is set in present time. The time of the film is the same time in past and present. On every crossing this woman feels she is exposed again to the look of the snipers who once were located on the hills. Running could be just as dangerous as walking. Hurrying up would be just as useless as slowing down. She stops, hesitates, runs. She waits, calculates and bends down. Every crossing is a new challenge and new calculation. She hides behind invisible shelters. She straightens up when she thinks she is safe. The geography of the city separates the topography of exposure and safety, of relief and agony. The rhythm of the film develops from slow pace to faster following the rhythm of her walk. Another rhythm appears in meantime: music playing in her head. It is not synchronized with the rhythm of her movements. Woman runs, stops and runs and stops reliving the experience of others at the place of their trauma. This is her personal trip through their collective past. Everything that has happened before happens again in present.