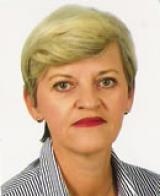 BRANKA VIDOVIĆ was born in Tuzla in 1955. She graduated from Sarajevo Music Academy in 1977. From 1978 to 1986 she was teaching Solfeggio at the Music Academy and from 1996 in Mladen Pozajic elementary School of Music. From 1981 to 1996 she has been working for the music department of TV Sarajevo. during her work at the TC she was a music consultant, editor and for the folk music she prepared and produced music shows of all genres, various programs. Besides the consultations and editing in the frame of the Music department she also worked as a music illustrator, consultant for documentary programs, films, TV series. She was also involved as a music consultant for the films for Refersh production company.