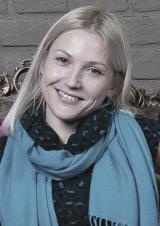 MIRELA  TREPANIĆ was born in 1981in Gračanica, Bosnia and Herzegovina. She graduated directing at the Academy of Performing Arts Sarajevo with her short film AN IDYLLIC DAY IN THE PROVINCE in 2010. She directed a number of theater plays, TV series and documentaries. She lives and works in Sarajevo.

2010 - AN IDYLLIC DAY IN THE PROVINCE - Short film - (director, screenwriter)