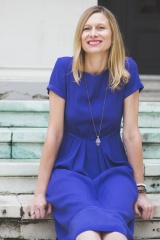 In 2016 she has completed her short fiction film I REMEMBER, which was screened and awarded at numerous film festivals. The feature film WHEN THE DAY HAD NO NAME (2017) directed by Teona Mitevska which she has co-written premiered in Panorama Special at Berlinale 2017. GOD EXISTS, HER NAME IS PETRUNYA, written by Elma Tataragić and directed by Teona S. Mitevska, has premiered at Berlin Film Festival Competition in 2019, while the film STITCHES, directed by Serbian director Miroslav Terzić and written by Elma Tataragić has opened in Panorama section. Both films are currently touring film festivals and winning awards including the Best Screenplay Award for Elma at Las Palmas Film Festival in Spain. Her film THE HAPPIEST MAN IN THE WORLD directed by Teona Mitevska had it's world premiere in the Horizons (Orizzonti) competition at the 79th Venice International Film Festival and it is a North Macedonian candidate for the Oscar in the category of The Best International Film.