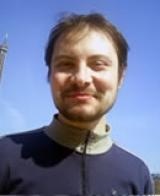 SRĐAN ŠARENAC was born in 1977 in Sarajevo. He enrolled in film directing at the Academy of Dramatic Arts in Belgrade. More than 8 years of experience in film and TV directing, screenwriting for film and television. Srđan Šarenac filmed short movies, documentaries, documentary series, and commercials. Srđan started to develop his first feature, THE RESCUED at the Binger Filmlab in Amsterdam and in 2006 he won the screen writing residency for this script at Moulin D'Ande. His documentary film VIILAGE WITHOUT WOMEN was screened at 40 film festivals worldwide and has won 13 Awards. He also receved “Ivica Matić” Award from the Association of Filmmakers in Bosnia and Herzegovina.