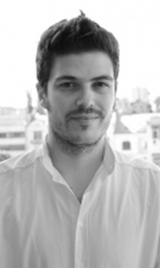 JOVAN MARJANOVIĆ (LLb, MSc) was born in Sarajevo in 1980. He has been involved in Sarajevo Film Festival since 1999, first as a technician and a program coordinator, and from 2003 till 2007 he has been the Executive Manager of CineLink Co-production Market. He is now on the Festival Board as Head of Industry. He has produced a number of award winning documentaries, short and feature films and is serving as the National Representative of Bosnia and Herzegovina to Eurimages since 2006. Jovan is also one of the advisors to the Torino Film Lab, a film fund tied to Turin Film Festival. In 2008 he earned his MSc in film business at Cass Business School in London, UK and is now senior teaching assistant in production at the Academy of Performing Arts of the University of Sarajevo. He was a Member of Board of Management of Film Fund Sarajevo from 2011 to 2016.