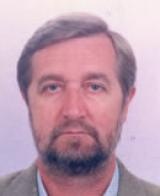 STRAJO KRSMANOVIĆ was born in Foča (Bosnia and Herzegovina) in 1952. He graduated in 1975 Literature and Theatrology at Sarajevo Faculty of Philosophy. He has worked on Radio and Television (later Radio and TV of B&H and Radio and TV of Federation of B&H) as a dramaturg in Feature and Informative Program. He has also worked as an editor in other TV departments. He was an advisor in the Ministry of European Integrations of Council of Ministers of B&H and worked on the legislation on Public Broadcasters in the Radio and TV service of B&H and a member of the commission in charge of the draft of the legislations. He was a selector and jury member at numerous professional and amateur theater and film festivals, publishing editor, fine arts magazine «Vizura» editor. He is a co-author of monographies on National Theater in Zenica and Sarajevo Youth Theater and author of the book «Teatr(e)alitet». He is currenlty working as a Manager of the Art Gallery of BiH.