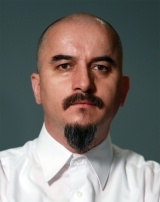 ZDENKO JURILJ was born in 1972 in Široki Brijeg. He studied history, then journalism, but je ended up in the world of seventh art. He worked for a long time as a reporter, following the situation in ex-Yugoslavia and in the wider region of South-east Europe – from war in Bosnia and Herzegovina and Croatia, to NATO air strikes in Serbia and Montenegro, work of the Tribunal for War Crimes in Haag and formation of new countries in the Region. For last several years he is working for production house “Kadar” in Široki Brijeg as a writer and director. His documentaries were screened at the several international festivals and some of them have been shown on several regional televisions. He directed dozens of documentaries and promotional films and worked as co-producer on award winning feature films.