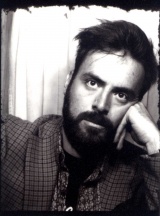 ZULFIKAR FILANDRA was born in Sarajevo in 1989. He graduated in theater and film directing from Sarajevo Academy of Performing Arts and Business Studies from Griffith College in Dublin. He collaborates with many cultural institutions in Sarajevo and an active participant in the underground scene of Sarajevo. In addition to working as a director, screenwriter and assistant director, he also worked as a lecturer, producer, actor, musician, event organizer, promoter and curator. He is a member of the Experimental Film Society in Dublin and founder of the Kolumbija Film House. He is currently preparing a feature film SHIPBUILDING (Realstage, First Films First, Yapimlab).