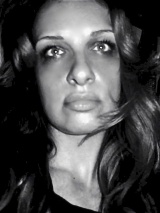 ALMA BEĆIROVIĆ was born in Sarajevo. She graduated directing at Sarajevo Academy of Performing Arts and mastered Film and TV Management on Bournemouth University in UK in 2007. For her short feature and documentary films she has received numerous awards: Best Short Film Award at Torino Film Festival for the short ON WEDNESDAYS in 2005. Her documentary SURVIVED AND LIVED THROUGH ONE DAY was awarded by German Ministry of Culture at Internationale Kurzfilmtage in Oberhausen in 2002 and was selected in the programs of several art galleries  such as Tate Modern London, The Kitchen Gallery New York, Stedelijk Museum Amsterdam, Museo Nacional Centro de Arte Reina Sofia in Madrid. Besides film and television, Alma has also directed for theater. Since 2007 she has been living in London where she works as Program Director for marketing agaencies in the filed of technology and innovation.