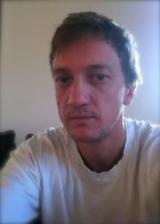 ALEM BABIĆ was born in 1976. From 1998 he has been emplyed at RTVBIH as Assistant Director. He has directed Music videos, comercials and as a freelance director of TV projects. He was Directors' Assistant on feature and documentary films that won numerous international awards.   Since 2003 he has been working as producer and director at DOKUMENT Sarajevo. From 2005 to 2008 he has worked as producer on one of the most popular childrens programs for BHT1. Documentary that he produced A DAY ON DRINA won Big Stamp at ZagrebDox festival in 2012, and omnibus SOME OTHER STORIES was screened at numerous festivals and was also awarded ( Best Film Award at Panorama of European Cinema in Athens;  FEDEORA Award, Federation of European & -Mediterranean Film Critics in Pula; Special mention in Palic; Special Jury Award in Herceg Novi...). Film THE SON that he produced premiered in Sarajevo Film Festival Competition program in 2019.